This guided walking tour of the Cirque of Cilaos, “the place you don't leave” in Malagasy, is organised by the Southern Reunion Island Tourist Office.

Your guide will explain the history of this beautiful village steeped in history where thermal cures became so important.

- Meet at the Cilaos Tourist Office at 10am.
You will be greeted by your guide.

- Set off on the walk. You will wander down the street of secondary residences. Your guide will explain the architectural history of the Creole houses, which were used at the time as houses for the well off population from the coast to escape to the cool mountain air.

- The chair bearers’ path or the thermal spring loop: discover the first thermal spa in the cirque. Your guide will tell you how the discovery of the thermal springs contributed to the development of Cilaos. They will also retrace the life of the "Founding father of village".

- Stop at the "Cilaos” water plant. The guide will describe how the plant operates from harvesting the water to bottling it.

- Etablissement Thermal Irénée Accot: tour of the spa's foyer. Guests can also taste the water which bears the name of the cirque.

- Presentation about the “Petit Séminaire” or Minor Seminary: one of the first schools on the island where many political and religious figures from Reunion Island were all educated.

- "Notre Dame des Neiges" church: a landmark monument in the cirque, a look back at its history, its construction and its bell tower.

- The tomb of Father Boiteau: an iconic figure in Cilaos, a true "Servant of God and Men".

- Return to the Tourist Office. End of the tour. less detail 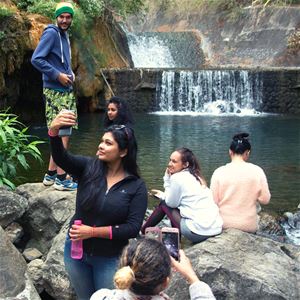 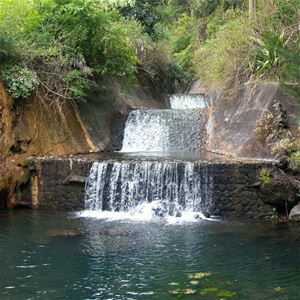